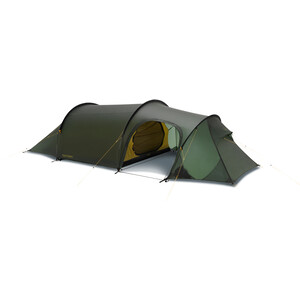 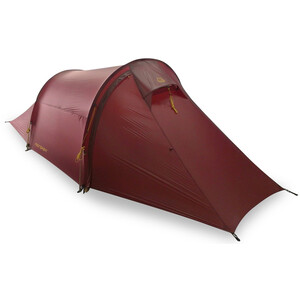 Tunnel tents may not match the image you have in your mind when you think of a standard camping tent, but this popular tent design has a lot to offer. Offeringsignificantly more livable space than your standard igloo tent, tunnel tents are gaining popularity. At addnature.co.uk, we have more than 350 different styles of tunnel tents for car camping and backpacking.

What are Tunnel Tents?

Tunnel tents have an elongated shape that resembles a greenhouse, in contrast to the dome shape characteristic of standard igloo-style camping tents. These tentsuse a series of collapsible poles that run parallel to one another rather than crisscross one another, which gives them their unique shape.Tunnel tents’ shape affords an important advantage – extra space. The walls in a tunnel tent are relatively upright in comparison to an igloo tent. That means that you can put your sleeping bag and gear closer to the tent wall without suffering from condensation. So, it’s possible to get a tunnel tent for two people that has an overall smaller footprint and a lighter total weight compared to a two-person igloo tent.However, tunnel tents come with some significant drawbacks, too. The parallel pole design makes these tents relatively difficult to put up if you’re by yourself. Plus, tunnel tents can sag if they are not tied down with guy lines. That means that you need extra stakes or trees to run lines out to, and that you need to be extremely careful guying out your tent in windy conditions.

The first thing to consider when choosing a tunnel tent is how you plan to use it. If you’re car camping, weight typically isn’t a concern. For backpacking, though,every gram counts. On top of that, backpackers will want to pay attention to how small a tunnel tent packs down, since backpack space is usually at a premium.

Tunnel tents are typically rated according to the number of people they cancomfortably sleep. Keep in mind that these ratings may be optimistic – some “two-person” tunnel tents force you to sleep quite close to your partner and don’t leave any room for gear inside the tent.If you’re backpacking, you need to balance having space for more backpacking partners against the added weight of a larger tent. However, If you’re looking for a tunnel tent for car camping, you may be able to splurge on a larger tent than you necessarily need without any negative consequences.

One of the unique things that the tunnel tent design allows is multiple tent rooms.While most one- and two-person tunnel tents have a single sleeping area, some larger tunnel tents divide their sleeping space into two or more compartments. Having multiple tent rooms can be ideal, for example, if you camp with your partner and another couple and want separate spaces, or if you camp with children and want some privacy at the end of the day.

Apses are valuable places to store your gear out of the elements, and almost all tunnel tents offer at least one apsis. While having multiple apses can be nice so that each person can have their own area for gear storage, make sure to look into how much space each apsis provides once the tent is set up.

The best place to find the perfect tunnel tent for your next camping trip is at addnature.co.uk. We carry hundreds of tunnel tents for car camping and backpacking with a wide range of capacities and features.