Camping Stoves for Every Adventure 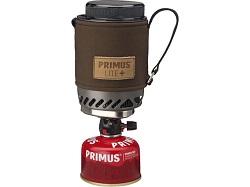 Every hiker and backpacker knows how it feels to look forward to a warm meal at the end of a long day on the trails. Whether you’re returning to a frontcountry campsite or spending the night deep in the backcountry, a camping stove can help you whip up a gourmet dinner.

There’s a big difference in weight, portability, and reliability between camping stoves meant for car camping use and those designed for backpacking and mountaineering. Backpackingstoves are a critical piece of gear that need to be as small and light as possible, while also being easily fixable in the field in case anything breaks. For that reason, many backpacking stoves offer only a small flame that’s designed to heat a pot or pan – and in some cases, an integrated pot.

In addition, backpacking stoves aren’t optimised around cooking, but rather around heating water. That’s because most backpackers are carrying dehydrated meals with them. Plus, backpacking camp stoves need to be able to boil potentially large volumes of water for purification and to melt snow for drinking water during winter trips.

When you don’t need to carry your stove for miles on your back, charcoal, electric, and gas grills are viable options. These stoves aren’t necessarily all that large, but they do offer more cooking space and the ability to do more than simply heat up the contents of a pot or pan. If you’re car camping and want to make an elaborate meal, one of these grill-style camping stoves will offer a lot more flexibility than a backpacking stove.

Backpacking camp stoves span a huge range of designs, varying in everything from size and weight to fuel efficiency and compatibility with different pot systems.However, the most important thing you need to decide when choosing a backpacking stove is what type of fuel you want to burn.

The vast majority of backpacking stoves burn propane or butane gas, which is widely available in pre-filled pressurised canisters. These stoves are popular because they are extremely compact and lightweight, as well as relatively fuel efficient. They also don’t require priming, which can be a dangerous hassle that makes it hard to start cooking.However, pressurised gas can sputter in sub-freezing temperatures. So, If you’replanning to use your gas canister stove in the winter months, look for fuel canisters that are designed specifically for cold temperatures.

Liquid fuel stoves, also known as multi-fuel stoves, offer more versatility than pressurised gas stoves. Most liquid fuel stoves can run on naphthalene, which burns highly efficiently and is easy to carry in refillable fuel containers. In addition, many multi-fuel stoves can also burn kerosene and gasoline, which can be an advantage in some parts of the world where these fuels are more commonly found.The downside to liquid fuel stoves is that they are heavier and bulkier than pressurised gas stoves. Plus, you’ll need to prime your stove before use, which often entails igniting a ball of flame to start off the cooking process.

Solid fuel stoves are a lightweight option for those travelling in arid areas where wood and other dry fuels will be available. The advantage to wood-burning stoves is that you don’t need to carry fuel with you on your trip, saving weight. However, solid fuel stoves can be rendered somewhat useless if you don’t find burnable wood at your campsite.

Spirit stoves, which burn alcohol, were among the first stoves used for expeditions and they remain popular today. While not as efficient as other types of stoves, spirit stoves are relatively inexpensive and lightweight. Plus, it’s easy to find fuelfor these stoves in most parts of the world.

The best way to find a camping stove for your next adventure is to shop our wide selection at addnature.co.uk. We carry hundreds of different stoves for car camping and backpacking, all with a 100-day return policy.